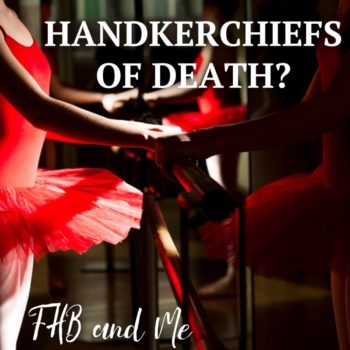 “He had a way of doing that which she could not bear.

–The Secret Garden (Not the ballet version…because…well, these are WORDS.)

MY TRUTH: I don’t like feeling uncomfortable…it frightens me. And nothing makes me more uncomfortable than….sh-h-h…SILENCE.

***Imagine that dreamy-blurry-snowy thing that happens when the story goes from the present to the past here.***

My husband and I just after we started dating and now.

We ran through the pouring rain in our “dress up clothes” (tucked-in t-shirts and jeans) to the theater located on the edge of our college campus. My husband, then just a fledgling boyfriend and barely 20 years old, had accompanied me to his first introduction to The Secret Garden.

As we found our way to our too-small-for-a-6-foot-5-inch-college-student-to-fit-comfortably-in seats, I sprang the news that every guy wants to hear from his date:

“Did I mention this is a ballet??”

Now to be honest, besides The Nutcracker each Christmas, I had never been to a ballet. So I truly had NO idea what I had gotten us into as the light began to dim.

In the first scene…the dancers came out and lept around the stage, which I had fully expected. Question: Is lept really the right word here?? Clearly, my ballet knowledge is still severely lacking.

Anyhoo…there was a whirlwind of dancing for what seemed like many…many…MANY long minutes with no one talking at all…and then suddenly, they all took red handkerchiefs out of their leotards (😳) and threw them triumphantly into the air!!!

I remember leaning over to Patrick and saying, ”Well, I’m guessing they are dead!”

This leaping thing went on and on until somewhere in the beginning of the second act, it dawned on me that NO ONE was EVER going to say a word…for 2 full hours. What???

“They really should put that on the flier”,  I thought to my 21 year old self.

Poor Patrick! At least I knew the story, but he had never read the book and had no clue what to make of it all. And it was clear that my constant whispering to him about “what meant what” was beginning to make the more experienced ballet goers around us…a bit pissy.

Intermission could not come fast enough. The silence was killing me!

Finally, Mary found the buried key and the door…and the crowd went wild with polite clapping as the lights rose. I too was clapping because…well…snacks! And I needed to hear someone…anyone speak or I was going to implode.

As we made our way down the balcony stairs towards the lobby concession stand, the thought of another hour with no words and having to translate the symbolism of each pirouette…crippled my soul. So without notice, I grabbed his hand and began to walk more quickly…past the snacks, out the door, and back out into the pouring rain…where at least we both knew what the raindrops meant.

The whole way back to the dorm, I couldn’t stop laughing and apologizing for putting him through that. “I had No idea that there wouldn’t be any talking…I swear!” I kept repeating.

***Imagine that dreamy-blurry-snowy thing that happens when the story goes from the past back to the present here.***

Seeing my friends post their annual “We went to the Nutcracker” photos on social media stirred up this old college memory. And with it, came more questions than answers as I began to wonder…

And as I heard these beautiful words being sung: “Silent Night, Holy Night, All is Calm, All is Bright”… I also wondered:

So as I look to make some resolutions for the new year, I am adding “make friends with SILENCE” to my list. How? I have no clue.

But here is what I DO know more than 20 years later: That my tall, handsome, heavy metal loving, volleyball spiking boyfriend would have sat through the rest of The Secret Garden ballet, in silence, in his “too-small-for-a-6-foot-5-inch-college-student-to-fit-comfortably-in seat”, and loved me still. And that is enough for now. 🙂

Wishing you and yours some SILENCE IN YOUR SEASON,