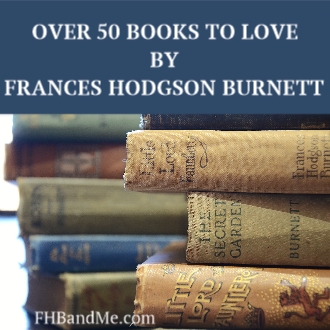 From Our Book Club

So Much More Than Just The Secret Garden

Ready, Set, GO! Can you read them all?

There are very few books that conjure up big, wide, grinning smiles from 7 year olds and 70 year olds like The Secret Garden.  The idea of a locked away garden being found and brought back to life is a story about loss and fear turned on its head by hope and magic.

And many would be surprised to know that The Secret Garden, was not very popular when it was first published towards the end of her career in 1911.  As a matter of fact, it wasn’t even mentioned in her obituary in 1924 in The Times. But today, The Secret Garden tops the list of favorite classic children’s books by readers around the world.

Frances was actually most well-known during her lifetime for her two other best-selling books Little Lord Fauntleroy and A Little Princess, but wrote more than 60 books, 1000 short stories and 15 plays, and mostly for an adult audience.

It’s my goal to read each and every one, so don’t read alone…READ ALONG!

Below is an incomplete list (still missing about 7 or so) of the books written by Frances Hodgson Burnett with links to Amazon where they can be purchased when available. So jump in and get one started today!

Below are the ones I have read so far:

The Secret Garden, A Little Princess,

and I think I read The Cozy Lion, Racketty Packetty House,

and The Trouble with Queen Silver Bell when I was young…but planning to re-read those.

The Lost Prince, The Making of a Marchioness, and The Methods of Lady Walderhurst

Currently Reading: The One I Knew Best of All

If the list looks daunting…comment below and I would be happy to recommend a few books to start you off right!

Let’s Chat About It:

How many have you read?    Which was your favorite?   Which will you read next?