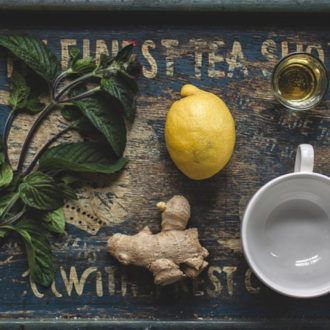 10 THINGS TO DO WHEN YOU ARE SICK OF BEING SICK

“Why should one object to being ill? It is not such a bad idea to be something of an invalid, after all. It ensures one a great many privileges. It is not demanded of invalids that they shall always be brilliant. They are permitted to be pale, and silent, and heavy eyed, and lapses are not treasured up against them…When one is ill, nothing one does or leaves undone is of any special significance. It’s like having a holiday.”

Bertha in Through One Administration, Frances Hodgson Burnett, 1883

So far, I have spent far too much of 2016 sick and stuck in bed. Below are just the highlights:

-followed by 7 days of the head, chest, cough fever flu (can’t seem to find the goodness in any of this)

-which then turned directly into bronchitis lasting 3 weeks (coughing fits so powerful that I am certain they gave my abs a much needed workout, but no 2, 4 or 6 packs seem to be showing up…so was it really all worth it?)

-then to start Fall, that same virus has flared back up causing the influx of internal symptoms of the Bell’s Palsy (but thank goodness no face falling yet :))

-A week later I got severely burned and blistered on my arms and legs by an angry weed I pulled from my garden….(stay away from this pretty looking flower…you have been warned) At least my scars have begun to form a Heart on my wrist!

-And I am currently battling what I call “Fall Allergies Gone A Muck”, AKA an upper respiratory infection with fever, coughing and lots of green gunk.

I have basically spent the better part of this year locked away in my room, and frankly, I’m over it. I am tired of being sick and tired. I miss people! The few people I have seen, get the “talk a million miles a minute” Keri, because as a woman…I have not used all of my words…and it seems they are all stored up ready to word vomit on anyone who steps in my path.

There is a myth floating around that women speak on average 20,000 words a day (13,000 more than men supposedly)…and though it seems that fact has not been proven factually true exactly…I swear it feels like I have all of those words stacked up inside of me and the pressure is just too much for me to handle much longer!

Stand back people…I’m going to blow!

So, like any social person stuck inside, during one of my Spring sicknesses, I finally took to Facebook to ask for your prayers! And you delivered! Before I went to bed that night, almost 100 people “liked” or commented that they were praying for me, offered alternative remedies for my ailments, and I even got a recipe for a “Mama Ain’t Got Time to Be Sick Chicken Soup” (recipe here) from a friend who won’t be named, but had broken her Lenten “Facebook fast” to help me out. (Thank you friend!)

So, I went off to bed that night feeling hopeful that things would be better. I had FAITH, but still a fever.

The next morning, I woke up feeling pretty good, did my 30 minutes of yoga, and sat with my hot tea and bible journal to start this “New Day” and was smacked in the face with this from Jesus Calling:

“THANK ME for the conditions that are requiring you to be still. Do not spoil these quiet hours by wishing them away, waiting impatiently to be active again.”

Who me??? I laughed out loud while looking around the room (for clearly my own effect as I was alone), knowing this one was directed right at me. I even considered posting on Facebook to all my friends that if they read Jesus Calling, that they should just skip today, because it was clear God was speaking directly to ME, and they could go about their day. Nothing to see here.

It went on to say, “Some of my GREATEST WORKS in My kingdom have been done from sickbeds and prison cells. Instead of resenting the limitations of a weakened body, search for MY way in the midst of these very circumstances.”

Oh boy…was I just caught “resenting”? YUP! That was me, taking to the internet to spew my resentment all over Facebook about my sickness.  Busted.

And then I remembered reading this line a while back that Frances wrote:

“Why should one object to being ill? It is not such a bad idea to be something of an invalid, after all. It ensures one a great many privileges. It is not demanded of invalids that they shall always be brilliant. They are permitted to be pale, and silent, and heavy eyed, and lapses are not treasured up against them…When one is ill, nothing one does or leaves undone is of any special significance. It’s like having a holiday.”

Bertha in Through One Administration,

Light-bulb Moment:  She’s Right, He’s Right (you know that God dude)…or at least I see their points and am willing to try and look at this sick thing as an OPPORTUNITY instead of an ISSUE.

Can you hear my brain going,

“Really…we are going to try and LIKE being sick?”

Yep Keri, we are.

SO I, KERI WILT, WILL TRY, IN MY REMAINING DAYS OF THIS SICKNESS AND FUTURE SICKNESSES(HOPEFULLY IN THE VERY FAR FUTURE) TO:

And with the remaining sick time or when I am sick again, I can (and you can too) choose from this “I’m sick after all” list of fun things to do, when not napping, to help pass the time and keep our minds Thankful and Joyous…even in the Sickness.

10 Fun Things To Do When Sick In Bed

But most of all, I plan to just Quit Fighting, Give In, Rest In, Explore and Embrace the gifts of sickness and the blessings this down time can bring.

P.S. Below is the Chicken Soup Recipe from the “friend not to be named”: (note: not really chicken soup and I was too CHICKEN to try it, but you might be braver.)

“I’m sending you my (virtual) mama-got-no-time-to-be-sick soup: chicken stock with a bunch of Thai dragon peppers crushed up simmering on the stove in a cast-iron pan. Throw in some ginger root, a bunch of chopped up lemons with the rinds on, a ginormous spoonful of honey. Throw in a whole jalapeno or 3. Let that simmer for 30 minutes. Pour it over a sieve. Let everything cool. Some people sip. I chug it and start singing “how great Thou art” at the top of my lungs (helps to get the cough going). “

Do you have any ideas to can add to the “I’m sick after all” TO DO list?

Comment below and I will compile all the good ones (and especially the fun ones) and publish it HERE so everyone can use it next time they are sick of being sick too!