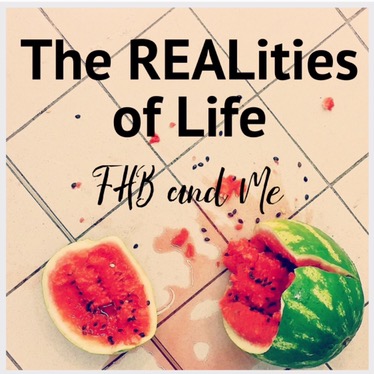 The REALities of Life

I pray you let it be happy!

It does not matter what you do to me,

but let it be happy! AMEN”

Oh what a prayer! Isn’t it what we all wish for? When Frances hit her knees before her first son Lionel’s birth with these simple words, it was clear she was on a mission: A Happiness Mission.

Lionel was born on September 20th, 1874, in a little house on Temperance Hill in Knoxville, Tennessee. At the time, his father Swan was struggling to build his medical practice, so Frances was forced to use her pen to support the family more and more.

Prissie, “fine and upstanding, with pipe, bandanna, a deep voice, and a heart of gold”, was hired soon after Lionel’s birth. An elderly woman and a former slave, she was tasked with keeping Lionel quiet, so Frances could write.

In an effort to further his studies, just 6 months after Lionel was born, Swan moved the family to Paris where he would go to school and Frances would begin writing her first novel. (until then all of her published works were for magazines)

Are you thinking what I am thinking?

…that house must have been living life on the edge of DEAD TIRED.

I began to shake my head in pity for Frances until my mind flashed back to just 10 years ago, when my world looked quite similar.

A nanny, like Frances had, was not an option for us, but our kids did attend an amazing church day care program. It was there, on the the first day we arrived to town, that my 3 year old son farted and then promptly (and loudly) told the teacher that he had a “pig in his butt”. We were exhausted and barely hanging on most of the time too…but on that day, and those that have followed…we have truly laughed more than we cried from the chaos.

Frances’ sister Edith gave us an idea about the chaos the surrounded them in those early years:

“When Sister(Frances) wanted quiet for her writing, Prissie would shout to Lionel, ‘You come here! You keep away from yoh Ma, you little rascal or Ah’ll flay you alive!’ And the child(Lionel) would dance and shout for glee, as if to be flayed alive was the sweetest thing that could happen to a child.”

The joy of a child at that age when someone is in hot pursuit, produces some of the best giggles ever. My heart smiles at the memory.

He is “the roughest, biggest, tearingest rascal the family has ever known. He grubs and scrubs, and a new dress lasts him just half a day. Sometimes I don’t see HIM for weeks for all the dirt on him.”

Can you relate to her exasperation? I swear I had to change my son’s clothes several times a day when he was that age, for fear someone would think he had never been bathed before. If it could get him dirty…Lawsin was in it up to his eyeballs!

My great great grandmother Frances went on to say in a letter to her sister:

“If you could see how he(Lionel) looks sometimes, you would not wonder that I found a gray hair on my head last week.”

Can I get an AMEN??? I currently spend a small fortune trying to keep those grey suckers camouflaged.

I LOVE these stories about Frances. They remind me, that even though she was a big-time celebrity (the Oprah of her day), that her life was REAL. She too had domestic struggles, dirty kids and grey hair…just like me.

When we share our REAL LIVES with each other…

we connect in a way that is not possible otherwise.

The best stories in life typically come in the CHAOS, not the perfection. And somewhere, some of us got lost in our pursuit of Happiness and confused it with Perfection. Because the truth is, you don’t laugh for years about the times everything went right, but about the times that so much went wrong, but you still somehow survived.

We become connected when we tell the whole truth: the good, the bad, and seriously…did that really just happen to me… funny.

I think this is why we all love it when friends and family post on social media, not just their perfectly posed moments, but the REAL truths in their lives. Like the time:

We have all been there, and when others share similar stories, we know for sure that we are not alone in our chaos.

I love this quote:

“HAPPINESS IS ONLY REAL WHEN SHARED.”

This may not be a hard truth, but I do believe that like a good bottle of wine, LIFE is BETTER when shared with others. And sharing with others helps to make my Happiness a REALity.

LET’s CHAT ABOUT IT:

Are you sharing your Happiness, your Real Life that is taking place in the midst of the chaos?

Your truth helps us all remember that we are NOT ALONE in the chaos of life.